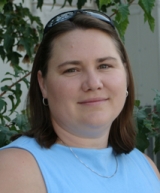 Maize was domesticated from teosinte (Zea mays ssp. parviglumis) through a single domestication event in southern Mexico between 6,000 and 9,000 years ago.  Artificial selection affected maize during its domestication from teosinte to landraces as well as  during plant breeding from landraces to modern germplasm (i.e., inbred lines). Large-scale sequencing projects indicate that approximately 2% (or about 1,200 genes) of the approximately 60,000 genes in the maize genome were selected during domestication and/or plant breeding (improvement). Genes that have experienced artificial selection have greatly reduced genetic diversity in the modern germplasm and, therefore, cannot contribute to variation for agronomically important traits. Also of significance, selected genes will not be identified through conventional genetic analyses such as QTL analysis and association mapping.

Because selected genes have greatly reduced genetic variation in modern germplasm, they will not be identified in genetic screens and will not be useful in traditional breeding programs.  If selected genes are utilized fully, then we must reintroduce variation from teosinte and/or landraces.

In order to do this, our lab is creating introgression libraries from ten teosinte and sixteen landrace teosinte accessions in the B73 background, resulting in libraries of small genomic fragments of teosinte in a controlled, temperate background. These libraries will be used to for two purposes:

In one project, for example, we are using this approach to examine the impact of artificial selection on kernel quality traits, including starch, oil, protein, and amino acid content. This novel approach to crop improvement will lead to a better understanding of the genetic bases of quantitative traits in maize.

For those 98% of maize genes that have not experienced selection, there is ample genetic variation remaining in diverse inbred lines for the identification of QTL and crop improvement by plant breeding. One resource developed as part of our NSF project (www.panzea.org) is the Nested Association Mapping (NAM) population.

NAM combines the strengths of linkage-based QTL Mapping and linkage disequilibrium (LD)-based Association Mapping into a high-resolution, high-powered genome scan for discovery gene-trait associations. NAM was developed by creating twenty-five linkage populations that would capture a large proportion of maize diversity and be useful for both linkage and association mapping. The NAM population is comprised of 5,000 RILs (200 RILs from each cross between the reference parent B73 and twenty-five diverse inbred lines and has been genotyped with 1106 SNPs. NAM has the power to detect twenty QTL per trait, resolved to our LD decay limits (2000 bp).