The 27th Annual Interdisciplinary Plant Group Symposium was held from May 26-28, 2010, on the Columbia campus of theUniversity of Missouri in the Christopher S. Bond Life Sciences Center.

This year, the IPG sponsored the 2010 Symposium on Plant Protein Phosphorylation. This series of symposia are aimed at providing a broad survey of the latest advances in the field of protein phosphorylation and to promote interactions among plant scientists working in this field across the globe.

The Interdisciplinary Plant Group would like to thank the following sponsors and exhibitors, without whose generous support the 26th Annual IPG Symposium would have not been possible. 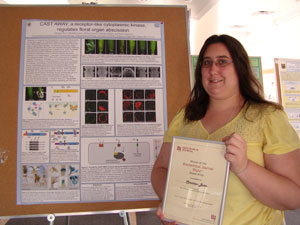