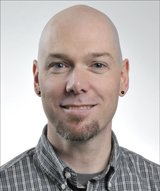 Soybean represents a significant value to the world economy, with value derived from oil its protein-rich meal. Soybean serves both as an industrial feedstock and as an underappreciated component of human diets, both directly and secondarily from the use of protein meal in animal feed mixtures. With the recent whole genome shotgun sequencing of the soybean cultivar `Williams 82', soybean is poised to become the first true model crop species.Soybean breeders have done a remarkable job at domesticating, improving yield and deploying improved varieties. Nevertheless, these gains have been done virtually without any direct knowledge of the genetics responsible for improved seed and seed production.

Plant researchers have benefited from the ease by which Arabidopsis thaliana can be transformed to develop a wealth of transgenic insertional mutants to annotate gene function. Analysis of Arabidopsis mutants which feature impacts on seed has resulted in improved understanding of seed-related gene networks. However, it is generally accepted that these gene networks will prove more complex and diverse in a polyploid crop species like soybean. Unfortunately, soybean transgenic production remains relatively inefficient compared to other plant model systems, and insertional mutagenesis efforts have not yet proven feasible for producing large numbers of knockout mutant lines.

A portion of my research is aimed at developing and investigating radiation and chemical induced mutant soybean populations. Such populations have already proven useful in identifying novel mutations that perturb the complex genetic and biochemical mechanisms that result in the development of a soybean seed. One important aspect of this work is aimed at identifying mutant lines with improved seed micronutrient bioavailability, digestibility and enhanced industrial utility. Traditionally, the mapping of mutations and correlation with phenotypic effects in crop plants has been considered to be a tedious and time consuming process. However, the recent shotgun sequencing of the soybean genome provides a framework to accelerate gene discovery dramatically using next-generation sequencing and novel molecular biology-based methods.

By identifying the causative locus and the specific molecular lesion responsible for enhanced value seed traits, both soybean breeding and a deeper understanding of basic plant biology are served. These novel mutant-derived resources would also be free of the negative bias currently associated with transgenic events, and are typically not subject to the same regulatory restrictions. Potentially these methods can be extended to explore gene variants in wild soybean relatives, which represent a largely untapped source of valuable new gene alleles, with significant potential to improve soybean's productivity, utility and nutrition.

Gillman JD, Bentolila S, Hanson MR. The petunia restorer of fertility protein is part of a large mitochondrial complex that interacts with transcripts of the CMS-associated locus. Plant Journal 2007;49(2):217-227.