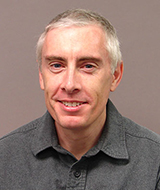 The polyhydroxyalkanoate (PHA) copolymer, P(3HB-co-3HV), is a type of biodegradable plastic demonstrated to be useful in the manufacture of bottles, bags, disposable razors, flatware, etc. Additionally, medical uses for PHA, e.g. implants, drug delivery, have been proposed. To date there has been limited success in using plants as a means of PHA production by targeting the bacterial enzymes responsible for PHA synthesis to the chloroplasts of Arabidopsis thaliana. This resulted in the production of low levels (3% dry wt.) of the PHA copolymer in the chloroplasts. One of the precursors for the PHA co-polymer, acetyl-CoA, is present naturally in the chloroplasts at sufficient levels to support PHA production. However, the other precursor, propionyl-CoA, was produced at a very low efficiency by the endogenous plastid pyruvate dehydrogenase complex (PDC). The branched-chain α-ketoacid dehydrogenase enzyme (BCE1) is capable of production of propionyl-CoA at a much higher efficiency that the plastid PDC. However the BCE1 enzyme is located in a different compartment of the plant cell, the mitochondria.

The objective of the project (being conducted in Douglas D. Randall's lab by Elizabeth Hoyos) is to alter the intra-cellular location of the Arabidopsis thaliana BCE1 (AtBCE1) enzyme from mitochondria to plastids. We have generated plastid-targeted AtBCE1 by replacing the mitochondrial-targeting portions of the two proteins that make up the AtBCE1 (AtBCE1α and AtBCE1β) with plastid-targeting sequences derived from the A. thaliana small subunit of RuBisCO. In addition, we have replaced the region of AtBCE1βresponsible for binding to the central core enzyme, BCE2, with a region capable of binding plastid PDC E2. We have confirmed plastid-targeting by western blot of chloroplasts isolated from transgenic plants. We have also confirmed (although indirectly through enzyme assays) the ability of the plastid-targeted AtBCE1 to form a heterotetrameric complex as well as its ability to bind to the endogenous plastid PDC E2. Once we have confirmed stable, heritable, and functional, plastid-targeted AtBCE1 we will cross these plants with those that posses the (bacterial) genes for biodegradable plastic synthesis. We will then asses levels of biodegradable plastic produced in these transgenic plants.