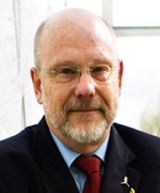 Frustrated by the inability of community, physiological, and evolutionary ecology to construct effective generalizations and develop predictive theory, Jack Schultz's research has moved in an increasingly mechanistic direction. His lab's motivation is to understand various ecological and evolutionary phenomena and why the world looks and acts the way it does, but they focus on underlying mechanisms to explain patterns they see in the environment. The Schultz lab believes that ecology must understand mechanisms to be a mature, predictive science and to make contributions to global health. This requires a multidisciplinary approach and a wide range of methods.

The present research of the Schultz lab has several major themes:

First, the research group is interested in interactions between plants and their enemies, especially insects. Because these interactions are strongly influenced by plant chemistry, they have developed a strong focus on natural products chemistry, especially phenolics and glucosinolates, including their activities, regulation of their synthesis, and their ecological significance in a wide range of environmental settings.

Second, the lab is interested in dynamic ("induced") responses by plants to attack by pests,which are likely to be more important ecologically and evolutionarily than are constitutive traits. Issues they address include how plants perceive and identify attackers, how systemic responses are coordinated by the plant, constraints on dynamic responses, and the community and ecosystem impacts. The lab wants to know how some insects mask their attacks or even downregulate plant defenses; this has led to an interest in the congruence between plants and animals in chemical signaling cascades and mechanisms. They work with the biochemical signals that may be involved in these interactions, including insect secretions and plant hormones.

Third, because many plastic responses arise from gene transcription, the lab has developed a focus on how the regulation of gene expression relates to plant defense.This is a logical extension of their ecological interests: the (defense) phenotype arises from the interaction between environment and gene expression. It is often (although not solely) at that level that plants first detect and respond to their biotic and abiotic environments. Much of what they do now may be called "biochemical and molecular ecology”. The lab has developed the ability to use all the major tools of functional genomics.

Fourth, their work takes an ecological point of view.They want to know how the influences of plant chemistry and plant responses cascade upward and downward through the ecosystem. This interest includes understanding how overlapping plant responses to multiple stimuli (e.g., microbes, various insects, physical conditions, competitors) may influence plant success and community structure. This work is important to integrated pest management.

Fifth, they are interested in airborne signaling among plants and between plants and insects.Although it is clear that this can occur in the laboratory, it is not clear that it actually happens outdoors, where it matters ecologically. The Schultz lab is seeking collaborations with experts in sensing and engineering to devise means of characterizing volatile plant signals in open air. Recent projects include a study of defense induction and defense "priming" in Arabidopsis exposure to insect-wound-induced green leafy volatiles, and ‘self-priming’ by airborne signals in poplars.

Their research is question- and hypothesis-driven, not system-driven.Whilst being particularly fond of woody plants, the lab tries to select systems on the basis of their utility in answering questions. They currently are focusing on Arabidopsis and its herbivores because of the genetic advantages for gene-expression work (a wholly-sequenced genome) and the ability to test functional hypotheses with knockouts/downs. But they also have projects on molecular-chemical-physiological ecology with poplars and grapes and their insects and diseases as well. As access to tools and information grows, they hope to do more things with 'non-model' organisms. The lab generally aims to take what they see outdoors into the lab to test hypotheses about causal factors under controlled conditions, and then take what they learn back into the field to see if they’re right.